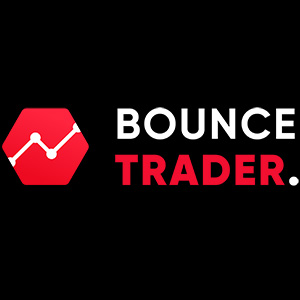 Bounce Trader EA is a yet another Forex robot created by LeapFX that is claimed to be a successful Forex robot by its developer. So, dive into this Forex robot review by ForexStore, and let's review this Forex robot to see by ourselves the true value of this automated trading system.

Bounce Trader EA has been out only for a few months but has already become a famous Forex robot because of its live trading account statistics which has grown by 1165.37% in a very short period of time. There is only one official account on Myfxbook trading on the GBPUSD currency pair since May 13, 2020, which gives us only 4 months of live trading to analyze. As we can see the statistic's movement is quite sharp and including some downward moves which we will discuss later in this review.

There are two packages of the Bounce Trader EA to choose from. The $347 package includes one year of membership, Bounce Trader automated software, auto-updates, 24/7 support and 30 days money-back guarantee. On the other hand, there is a $597 package that includes all the features from the small package but instead of one year of access, the customer gets a lifetime membership without any other payments included ever.

The developer claims that the EA supports any currency pair but in fact, as we can see there is only one real account of Bounce Trader that supports only GBPUSD currency pair which is the recommended pair by the developer. The EA works on the H1 timeframe with the minimum leverage of 1:200 and it is compatible only with the MT4 terminal.

So, let’s turn our attention to the performance of Bounce Trader EA. As we can see from the chart below, the system has been showing a bit sharp curve but at the same time moving in the upward direction. Having only four months of trading the EA has grown its gain by 1165% which is impressive. The drawdown level of the Bounce Trader EA is equal to 22.93%.

When comparing a profit to drawdown level, the ratio looks really high. With the monthly 87.86% of the gain and almost 23% of drawdown, the ratio is equal to something around 3:1 which is a dramatically high number.

But as we can see the whole trading curve consists of only 35 trades which actually should be the reason for such a high profit/drawdown ratio. It is also the reason which leads us to the conclusion that the Bounce Trader trades with a large lot size and does not use Martingale or Grid strategy to grow the gain. Instead, the system (according to its developers) tries to find the best entrance point for every trade.

If talking about the selling webpage of the Bounce Trader EA, it is worth saying that the impression about all the texts and videos on the site is quite unpleasant. All the claims that the developer makes, all the selling statements, and the way it is told make me think that this is just another scamming seller that will blow up in near future.

On other hand, the Bounce Trader EA has been showing good results for four months already. As we can see from the chart below, the EA has an incredible 80% of the won trades and only 20% of lost once.

Mostly trades' duration is no longer than 16 hours and if the trade stays in the market for a longer period statistically as we can see from the chart below the win rate decreases to 50%.

In the end, I have to mention that the Bounce Trader EA has got no official backtests of any kind and it is disappointing because backtesting of the system is an important factor when choosing the best Forex robots for automated Forex trading. It is an important indicator of the stability of the system.

Summarizing all that's been said, I can admit that the Bounce Trader EA in my opinion has pretty controversial features. The way that it's been represented for me looks very aggressive and pretty scamming-looked. But at the same time, the EA shows nice results with a high profit/drawdown ratio.

The strategy of the Bounce Trader EA is unclear but it is definitely not a Martingale grid or scalping one. The live trading results and chart stick to the developers claim to be a one-trade-per-time strategy. And still, it is hard to consider whether the EA is highly profitable and reliable or not since it has been out for only 4 months. It's needed to be given more time and space to show itself either in a good or bad way. Time will tell.

So let’s finish this review by giving appropriate assessments to the Bounce Trader based on the analysis of its work, statistics, and other factors
Price VS Quality
4/5
Profitability / Drawdown
5/5
Statistics duration
2/5
Backtests
0/5
Authors’ rating
2/5
AVERAGE
2.5/5

The price of the EA compared to the main features of the Bounce Trader feels a little bit overrated for me, so I give 4 out of five stars for this mark.

The drawdown/profitability ratio is one of the most important characteristics of any Forex EA and in the case of Forex Gump EA the ratio is actually very high but even though there's been very little room for it to fail we still have to admit that this Forex robot deserves to get 5 out of 5.

The live statistics of Forex Gump EA start in May 2020 which gives us only 4 months of the results which are enough to give it only 2 out of 5 stars.

Unfortunately, there are simply no backtests of Bounce Trader EA so I give 0 out of 5 stars for this statistic. And my personal assessment for the Bounce Trader EA is quite similar to the objective marks that have already been given. There are some pros and some cons of this system which make me doubt a little about the real performance of this system so I give it 2 out of 5.

At the moment of writing this review, the automated rating system of the ForexStore rated the Bounce trader EA 6.5 out of 10. The review mark for this EA is lower. The average mark of this review is 2.5 out of 5 which is equal to 5 out of 10.