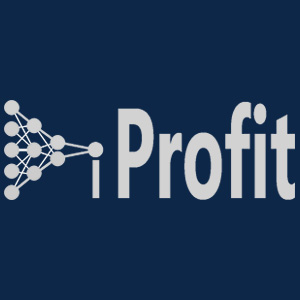 iProfit is an expert advisor (EA) powered by a self-contained, self-learning Neural Network (NN) algorithm. The strategy is not to out smart the markets but to keep generating small gains while keeping losses low - This is the strategy followed by major HFT trading algos which make thousands of trades on smaller time frame using extremely high computing power, speed and low transaction costs. iProfit adapts HFT strategy to deliver a practical and profitable system for retail trading accounts running on MT4s. 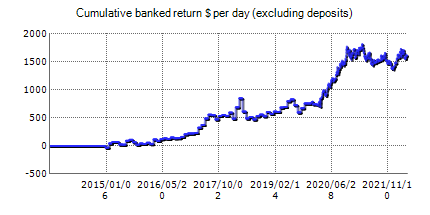 While most strategies depend on lagging indicators, iProfit is powerd by a Neural Network (NN) algorithm that predicts High/Low of future H1 bars. iProfit EA is based on an self-learning, self-adapting algo which is very robust, practical and profitable for trading any Forex pair.

HOW DOES IT WORK?

iProfit predicts the price range of next H1 bar based on its input of OHLC prices of past 52 hours. The NN model adapts its algo until the success rate of predicton of past few H1 bars is greater than 70% - High/Low prediction is only made available when there is a high probability of success.

iProfit trades pairs which have low/medium/negative correlation to ensure a large number of trading oppurtunities are made available to the system. Win rate of over 60% and a positive risk:reward ratio ensures both short and long term success. Traders can expect to gain about 170 pips/month.

iProfit HFT is a trading system designed to profit from most market conditions. The startegy is followed typically by professional day traders with many years of experience. PhiBase Technologies has implemented this strategy as a fast learning neural network since it involves dynamic adaptation to the most price movements seen within the previous 4 to 52 hours. The strategy also involves decision making based on prior data which is considered by many as an art rather an exact science. iProfit NN model does not contain hard set rules, indicators or formulas. The EA attempts to trade the normal price movements seen within a H1 bar - The NN model only predicts the upper/lower price for the next H1 bar(s). Prediction is based on a recursive self-learning algo which has an excellent predictive accuracy of over 70%.

While the NN model is an important part of the strategy, the core of iProfit is the decision making model which mimics the mind of the day trader. While the High/Low is made available for each bar, the buy/sell/ignore decision is based on price action and probability of success. multiple moving average cross over, support/resistance and stochastics are used to present the current market situation. The moving averages period is dynamically adjusted between 4 to 20 to meet the strategy requirement. The strategy core modules are explained in the following diagram for better understanding of trade entry/exit. 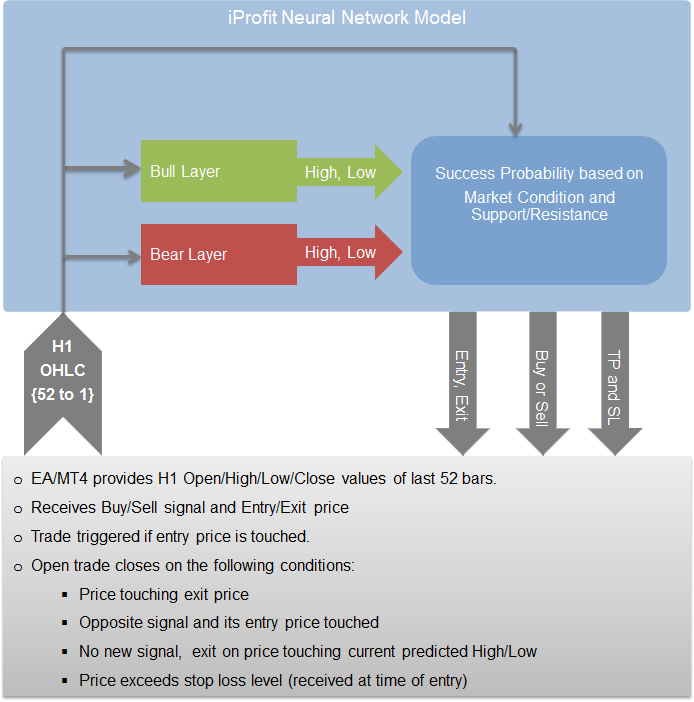 iProfit is an ultra short term strategy trading on H1 time frame (every tick). This may not be classified as a scalper. The system has a success rate of 62% average gain size : 25 pip and average loss size is 27 pips. We recommend broker accounts with lowest possible spreads on all the traded pairs. iProfit strategy is not to out smart the markets. The EA trading style keeps generating small gains while keeping losses low - the trading volume gradually add up to net profits. iProfit aims to bring in monthly gains consistently, however there have been losing month (s) in the past and must be expected in future also.

Screenshots of typical trades across various pairs during the same time period is presented below. The EA HUD (chart messages) will indicate the current price action status from the EA's point of view. Advance trade entry notification will be displayed along with entry price when Bullish/Bearish conditions are present. Entry price is made spread independent by the trigger price being calculated as average of Ask and Bid. This reduces trade differences between accounts with different spreads. However, trade trigger will only happen if the price touches/crosses the entry/exit price. Broker feed difference of about 1 pip would be common and this may lead to entry time difference/no entry in some cases. iProfit is a frequent trader and averages about 100 trades. Trade differences between account (if any) would be smoothened out with in a short period of time.

Self contained neural network system which dynamically adapts to the most recent price action.

Positive risk reward with win rate of 60%. Average gains is 25 pips and average loss is 27 pips.