Forex Gump EA is one of the popular Forex robots that is claimed to be a very profitable Forex Expert Advisor with trendy a candle and News Filter. In this review let’s figure out what are the pros and cons of this Forex EA. 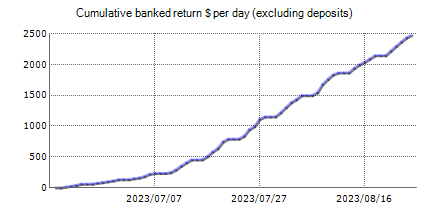 The EA supports trading on 9 currency pairs at the same time and works on the M1 timeframe. It is compatible only with the MT4 terminal and works 24/5.

As we can see from the chart below often Forex Gump EA takes a profit of 7 points per trade which means that this EA is definitely a scalping one. It also uses a loss compensation system and sometimes increases the number of pips it takes to recoup losses. 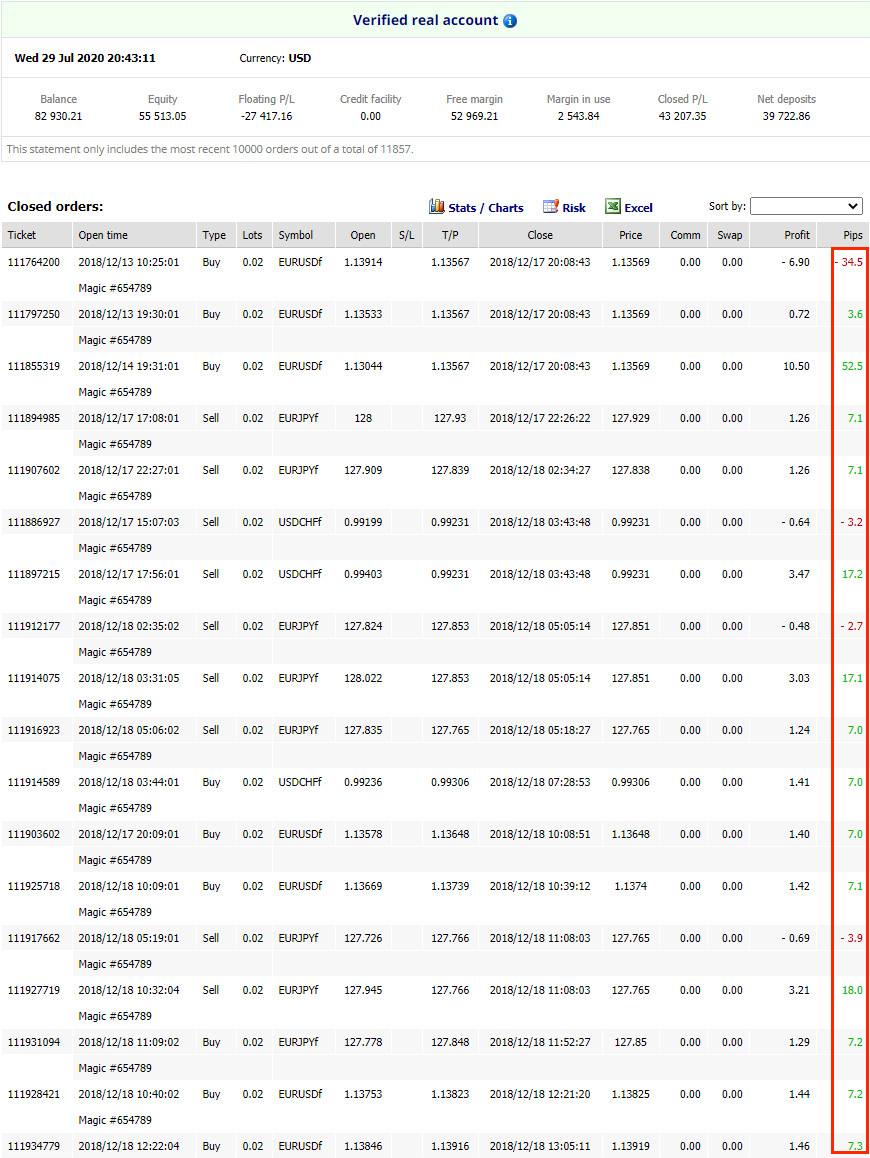 Visible trading results of the EA look really good. Forex Gump EA has collected a bit more than 2k% of gain during its trading time which is already more than 24 months (look on the chart below). 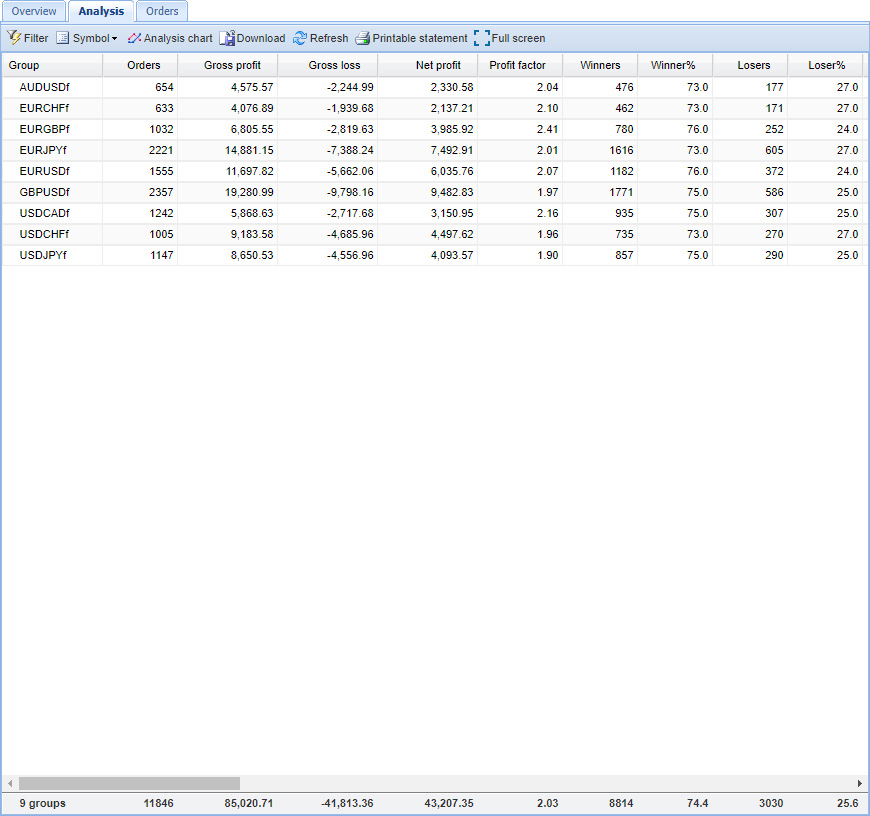 According to these numbers, it is possible that the EA uses a grid trading strategy that seeks to make a profit on the natural movement of the market by positioning buy stop orders and sell stop orders.

From the Forex Gump EA history of the closed orders, it is clearly seen that the EA raises risks and so uses the compound interest to grow the deposit faster. The initial lot size on the account was 0.02 lot and it has raised to 0.10 lot per trade during the trading period.

As we can see from the following stats, Forex Gump EA has got pretty high floating drawdown level which is equal to 78.5%. At the same time, the average monthly profit of the EA is equal to 13.2%. According to these numbers, the Drawdown/profit ratio of this system is 1:0.17 which is not high at all.

With the monthly return of 13.2% and the extremely high drawdown level of 78.5%, the EA can't be described as highly profitable but still, the statistics show constant growth of the deposit since the start of its trading which leads to another side of the coin.

The drawdown/profit ratio is not the only factor that determines the successful Forex robot. The reliability of the system is an equally important success factor. By reliability, I mean the ability of the system to avoid deep drawdowns or at least to fix them as rarely as possible. And when talking about this factor, Forex Gump EA shows very good results. There have been simply no cases of deep drawdowns on the account during the trading of this system which gave it a possibility to reach a bit more than 2k% of profit even with such a low drawdown/profit ratio.

So, what do we have in the end? We have a very popular scalping Forex robot that has only one account on FX Blue and not a single Myfxbook account, which makes me trust less in the live statistics information. There are also no official backtests of any kind and the developers' web site looks also not very good.

But on the other hand, we have a clean upward statistic with more than 2k% of the profit that's been reached during more than 2 years of trading. The system shows impressive reliability and good trading results even though the profit factor of the system is not that high. And, in the end, the system costs only €199 per license which is quite an affordable price for such a quality.

So let’s finish this review by giving appropriate assessments to the Forex Gump EA based on the analysis of its work, statistics, and other factors
Price VS Quality
5/5
Profitability / Drawdown
4/5
Statistics duration
5/5
Backtests
0/5
Authors’ rating
3/5
AVERAGE
3.5/5

As it’s been said, the price of this Forex robot for the results that it shows is more than affordable and so I give it the maximum 5 out of 5 for this rating stat.

Drawdown/profitability ratio is one of the most important characteristics of any Forex EA and in the case of Forex Gump EA the ratio is not that high but instead, we have a constant growth of the deposit which is possible because of the reliability of the system. That's why it has 4 out of 5 in this stat.

The live statistics of Forex Gump EA start in July 2018 which gives us 2 years of the results and it is enough to give it 5 out of 5 stars.

Unfortunately, there are simply no backtests of Forex Gump EA so I give 0 out of 5 stars for this statistic. And my personal assessment for the Forex Gump EA is quite similar to the objective marks that have already been given. There are some pros and some cons of this system which make me doubt a little about the real performance of this system but I would rather recommend it than not recommend it. 3 out of 5 it has.

At the moment of writing this review, the automated rating system of the ForexStore rated the Forex Gump EA 8 out of 10. The review mark for this EA is a bit lower. The average mark of this review is 3.5 out of 5 which is equal to 7 out of 10.